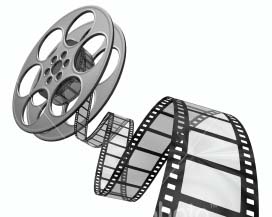 The summer is almost over and with that comes the Fall. Leaves changing and cool breezes, but hopefully the Fall will bring on the heat in the box office. The month of September is a mix of genres. Early in the month we have Sandra Bullock’s latest rom-com “All about Steve” with “Hangover” star Bradley Cooper. Bullock is a stalker who is obsessed with Steve played by Cooper. Just based on the trailer, I have a feeling it is either going to be a hit or a miss. Gerard Butler switches back to the action genre and stars in the “Gamer” where it isn’t just a game, but the players fight to survive. The animated Sci-Fi thriller “9” comes out this month as well. The film was produced by Tim Burton (“Sweeny Todd”) and “Wanted” director Timur Bekmambetov. Toward the middle of the month we have a few horror films with “Jennifer’s Body” written by Academy Award winner Diablo Cody (“Juno”) starring “Transformers” star Megan Fox and Amanda Segfried (“Mamma Mia”). Also “Sorority Row” promises to scare audiences but it kind of looks like “I Know What You Did Last Summer” but with sorority girls. The family pick of the month would be “Cloudy with a Chance of Meatballs” which is going to be in 3D. Hmm…3D meatballs falling from the sky, I don’t know if that it is scary or just plain funny. At the end of the month the remake of “Fame” hits theaters which could be a hit with the growing popularity of dance shows such as “So You Think You Can Dance” and “Dancing with the Stars”. Then there’s Bruce Willis’ latest film “Surrogates”, which is a Sci-Fi film where people don’t live their lives, machines surrogates live life for them.

My spotlight picks of the month go to “The Informant!” starring a big-boned Matt Damon and “Extract”. Damon gained thirty pounds for the role and it looks like it is going to be funny. The film is directed by Academy Award winning director Steven Soderbergh (“Traffic”) who also directed “Ocean’s Trilogy”. “Extract” was written and directed by”Office Space” creator Mike Judge. Could “Extract” be the Fall’s “Hangover”?

So that’s my recap of the September movie releases. Keep reading in order to see the complete list of movies coming out this month.

END_OF_DOCUMENT_TOKEN_TO_BE_REPLACED

Are you ready? Here is the second official trailer for the upcoming remake of the 80’s film “Fame”. If you haven’t seen the other trailers for “Fame”, click here to see the first trailer. For more clips and info on “Fame” visit the movie’s official website.